Kyle and I made it down to Hollins very late on Friday night, after spending time with friends in DC and a bit further north in Virginia. It was a long trip, made worthwhile by company and amazing food.

Saturday I checked in. We found my dorm and moved in very heavy suitcases.  Then, we found the Goodwill. Because priorities. 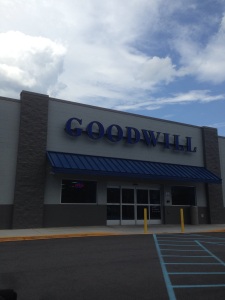 Sunday I put Kyle on the train back to Jersey. More errands. More bitten nails. Some of the first years got together to eat pizza and walk around exploring the campus. 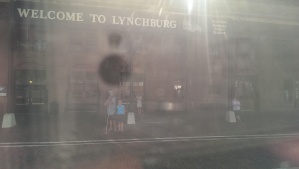 Dropping Kyle off in Lynchburg. I’m way off to the right of the picture, leaning against the pole.

Yesterday, the fun finally began. We had orientation, then library orientation, then computer-lab orientation. A big break in the afternoon gave me time to run to Target. Then dinner with the rest of the students on campus (screenwriters, playwrights and dancers are all sharing this place with us this summer), followed by my first class of graduate school ever.

I won’t say it was magical, but it was about as close as you could get. The teacher is lovely. We talked about and experimented with poetry (what your mother always warned you about). I wrote a limerick. And failed to write a couple other styles. Tonight we meet again to share poems we love and poems we’ve attempted ourselves.

I’ll be sharing “Pronouns” by Kristin Elizabeth Clark. It’s excerpted from her novel Freakboy, which I’ve never read but plan to track down when the summer’s over and my reading is my own again. 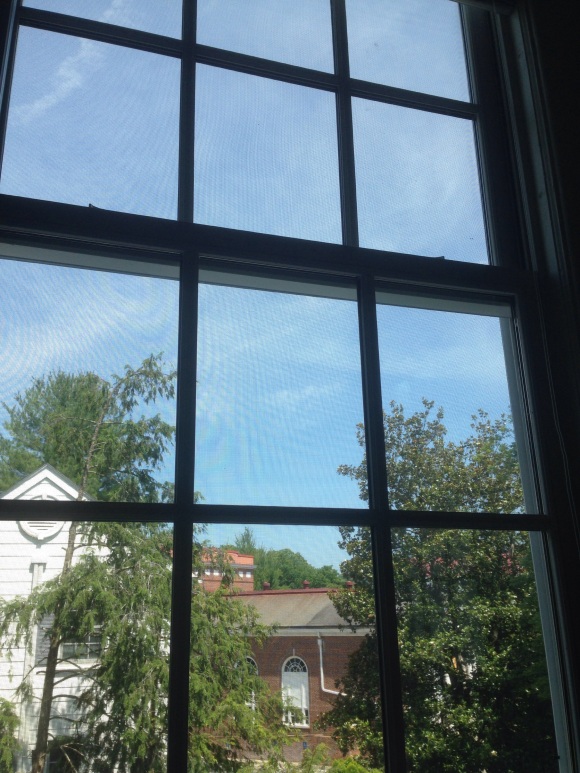 The view from my dorm room. The brick building in the foreground is the theatre. The irony of my room overlooking the theatre is not lost on me, particularly since I think it’s one of three rooms on the entire campus that face the theatre building.